Living With The Blues - Cliff Aungier 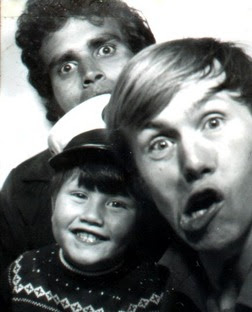 9 April 1941, Croydon, Surrey, England, d. 12 March 2004. It was while watching a television documentary about ‘Big’ Bill Broonzy that Aungier was inspired to buy his first guitar. Before that he played trumpet for the Air Training Cadets, and aspired to be a pilot in the Royal Air Force. From his early influences, and having seen Broonzy playing, Aungier soon adapted his own style. He began playing the obligatory floor spots in folk clubs, when Bert Jansch, John Renbourn and Alexis Korner were on the circuit. Later, with Gerry Lockran and Royd Rivers, Aungier started a folk and blues club at the Half Moon in Putney, London. His 1965 debut album Wanderin’ was produced by Jimmy Page and featured the work of harmonica player Royd Rivers. Aungier recorded an album for Polydor Records in 1968, and another for RCA Records the following year, neither of which were released. He did, however, receive a silver disc for his cover version of Tim Hardin’s ‘The Lady Came From Baltimore’.

Gradually, with the media hype machine in full swing, Aungier lost faith in the way his music was being presented and left the scene for a while. Disillusioned at the lack of control over his own work, he spent much of his time performing in Belgium and the Netherlands, with only the occasional appearance in the UK. Later, with no contractual obligations to hinder him, Aungier recorded 1984’s Full Moon, with a line-up that included Paul Millns (vocals/piano), Micky Moody (guitar), Nigel Portman-Smith (bass), Nic Pentelow (saxophone) and Chris Hunt (drums). The album featured a diversity of material, from ‘You Win Again’ by Hank Williams, to Elton John and Bernie Taupin’s ‘I Need You To Turn To’.

Throughout his career, Aungier toured with acts such as Yes, Elkie Brooks, Ralph McTell, Pentangle, Joan Armatrading and Fairport Convention. He also performed regularly with his own Full Moon Band. Additionally, he presented a weekly folk and blues radio series for a regional network and also The Rhythm And The Blues for the UK Forces Broadcasting Service
If you like what I’m doing, Like ---Bman’s Blues Report--- Facebook Page! I’m looking for great talent and trying to grow the audience for your favorites band! -  ”LIKE”